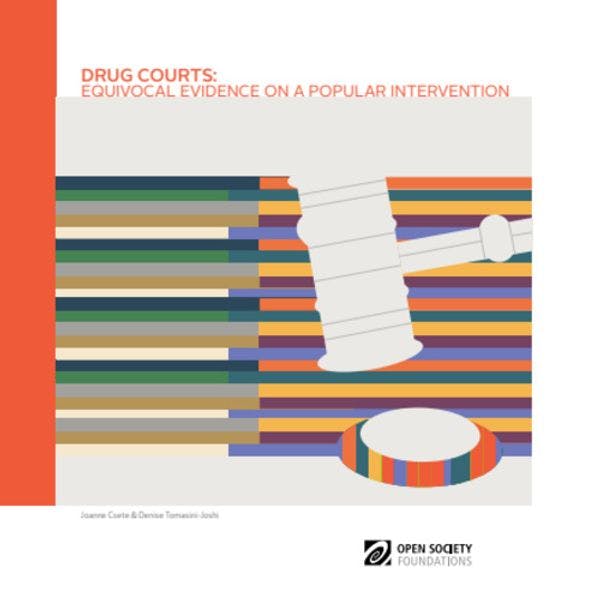 The principal objectives of drug courts include ensuring treatment for people in the criminal justice system who need it and confronting drug dependence as a root cause of drug-related crime. There is no single model of drug courts; jurisdictions may differ in their approaches. In many places, court-supervised treatment in drug courts generally entails a structured treatment program that is monitored by a court team that often includes a judge and prosecuting and defense attorneys. Mandatory repeated drug testing (urinalysis) is usually also a feature of these programs.

There is international law and a strong international consensus providing for alternatives to criminal sanctions for some drug offenses, but there is nothing in any consensus statement that requires court-determined and court-supervised treatment as the alternative mechanism. Though there is a large body of research on the benefits of drug courts, much of it is suspect because of methodological difficulties or because the courts adjust their admission criteria to favor participation of the most potentially successful defendants. Drug court evaluations have also generally failed to account for periods of incarceration ordered because of “failure” of court-supervised treatment programs, which may negate documented benefits. Drug courts are depicted by some as a “third way” solution between harsh prohibition and extreme liberalization of drug laws, and drug court evaluations include moving testimonials from judges about how court supervision transforms people’s lives and brings them hope of a new life in mainstream society.

But in spite of good intentions, these courts do not represent reform if they undermine health and human rights, if they put health decisions in the hands of judges and prosecutors who reject clinically indicated treatment, or if they impose punishment for relapses that are a normal part of drug dependence.

Other alternatives to incarceration should be considered, including those that remove incarceration for minor infractions from the penal code and measures that do not confer authority for essential health services to the criminal justice system.