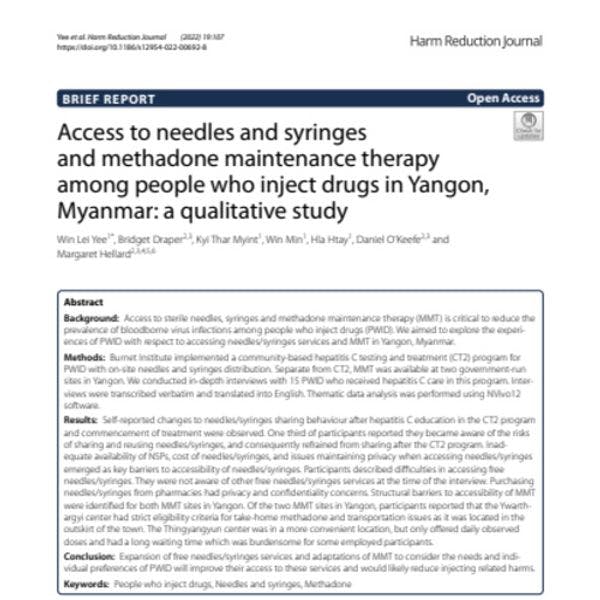 Access to sterile needles, syringes and methadone maintenance therapy (MMT) is critical to reduce the prevalence of bloodborne virus infections among people who inject drugs (PWID). We aimed to explore the experiences of PWID with respect to accessing needles/syringes services and MMT in Yangon, Myanmar.

Expansion of free needles/syringes services and adaptations of MMT to consider the needs and individual preferences of PWID will improve their access to these services and would likely reduce injecting related harms.