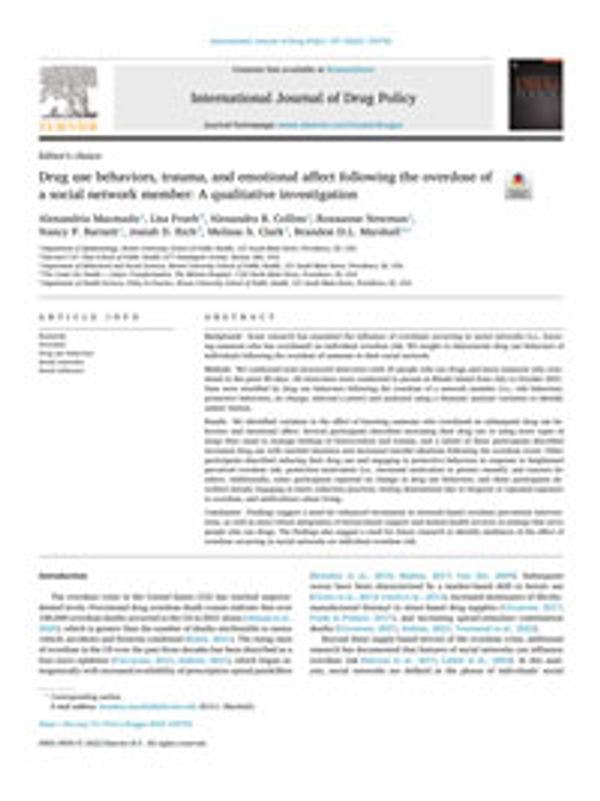 Scant research has examined the influence of overdoses occurring in social networks (i.e., knowing someone who has overdosed) on individual overdose risk. We sought to characterize drug use behaviors of individuals following the overdose of someone in their social network.

We conducted semi-structured interviews with 25 people who use drugs and knew someone who overdosed in the prior 90 days. All interviews were conducted in person in Rhode Island from July to October 2021. Data were stratified by drug use behaviors following the overdose of a network member (i.e., risk behaviors, protective behaviors, no change; selected a priori) and analyzed using a thematic analysis variation to identify salient themes.

Findings suggest a need for enhanced investment in network-based overdose prevention interventions, as well as more robust integration of bereavement support and mental health services in settings that serve people who use drugs. The findings also suggest a need for future research to identify mediators of the effect of overdose occurring in social networks on individual overdose risk.