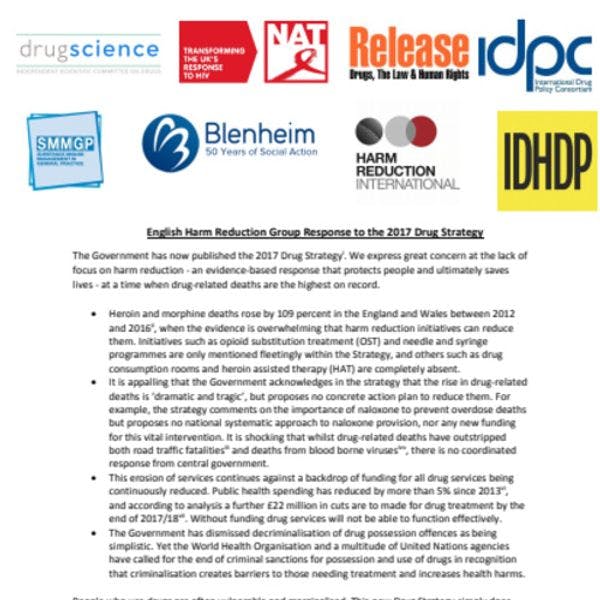 The Government has now published the 2017 Drug Strategy. We express great concern at the lack of focus on harm reduction - an evidence-based response that protects people and ultimately saves lives - at a time when drug-related deaths are the highest on record.

People who use drugs are often vulnerable and marginalised.This new Drug Strategy simply does not begin to support them and reduce drug-related deaths. We call on the Government to implement the recommendations of the Advisory Council on the Misuse of Drugs to tackle opiate related deaths, these include: optimal OST prescribing; easier access to naloxone; a national HAT programme; and that drug consumption rooms are implemented where there is need. The Government must also ensure a minimum level of care by requiring local authorities to provide drug treatment and harm reduction services by law.