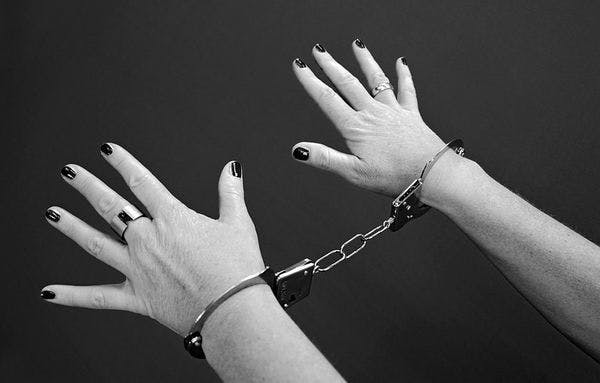 The disproportionate impact of incarceration on women creates a myriad of challenges that they are forced to overcome once they are released. Nora and Paulina, two formerly incarcerated women from Argentina, are prime examples of how motherhood adds a different layer of complexity to the survival strategies women need to develop both inside and outside of prison as a result of the failure and unwillingness of states to protect and uphold their rights.

After her parents separated, Nora began spending a lot of time on the streets in Argentina with others who engaged in drug use and gang activity. She became a single mom at the age of 16. After having had to take part in illicit activities to support herself and her daughter, she was detained and sentenced to 10 years in prison.

Six years after her release, Nora still remembers what it was like to give birth while being shackled, a practice disturbingly common across the Americas.

“Justice condemns women with a double sentence for being a woman… especially as a low-income woman, you’re invisible in the system until you commit a crime. Then, they finally see you,” she says.

When her son, Santiago, was born, she began writing letters to highlight what was happening to women and their children in the prison, as well as those left behind on the other side of the prison walls. She wrote about the conditions that women were subjected to with their children. Her accounts later became a part of the “Incarcerated Girls Network” on Facebook, a page that went viral and became a vital source of information and resources to denounce the government’s treatment of women and children in prison.

When Nora finally received the news that she would be released, Santiago was no longer with her. Children in Argentina can only stay with their mothers in prison until they are four years old. Her two older daughters, who were 21 and 16 when she was released, each had continued their lives without the presence of their mother. The realization that life had gone on without her, and that she no longer felt like she belonged, tainted this newfound sense of freedom. Nora’s difficulty in transitioning to a post-prison life without any support or resources from the government became another source of motivation to help other women in similar situations, including those under house arrest.

The organization Nora helped create and currently works with, La Rama de Liberadxs y Familiares, (the Branch of Liberated People and Family Members), works to support formerly incarcerated men and women in the province of Buenos Aires, as part of the Movimiento de Trabajadores Excluidos, (Movement of Excluded Workers, MTE). The MTE is an organization where thousands of men and women that are excluded from the traditional labor market come together to create employment opportunities. They also work to support women under house arrest, most of whom have little access to employment or basic resources despite the fact that they are the sole breadwinners of the house. Many cannot leave their homes to buy food for their families, take their children to school, or do any other necessary activity outside of the home to ensure their family’s survival and well-being. Nora and her organization work tirelessly to provide food and hygiene kits to these women and their families, as once put under house arrest they are forgotten and invisibilized by the government. They also provide much-needed emotional support as these women have little to no contact with those outside of their homes. The Rama currently works with over 800 formerly incarcerated men and women, who have not fallen to recidivism as a result of their employment and support through the MTE.

This kind of organizing and support is key to women who have to adjust to an entirely different life and environment once they are released from prison. As Nora shares, “I couldn’t find a place where I belonged [after I was released]… it’s almost like I missed prison.”

Many women have this idealized vision of what life will be like once they leave prison, but according to Nora, most are forced to reckon with the fact that the world has continued while they were inside, and are now faced with the additional challenges of discrimination, stigma and trauma. Upon their release, they also have a criminal record which makes it extremely difficult for them to find stable employment and housing. If they have children, the journey to get them back is a harrowing and often disappointing one given the increased stigma surrounding them as “bad mothers.”

Paulina, another formerly incarcerated woman from Argentina, understands these dynamics all too well. After being released from prison, she began working as a cartonera, collecting cardboards and other recyclable materials to sell as a way of supporting her 7-year-old son.

“Everyone closed their doors to me because, as you can see, I’m a little bit darker, with tattoos and a record… so you can imagine that it was very difficult for me,” she explains.

After being a cartonera for some time, she connected with other formerly incarcerated women and became part of the Federación Argentina de Cartoneros, Carreros y Recicladores, a network of unions focusing on cardboard pick-up and material recycling. Her work in organizing and coordinating these unions allowed her and her colleagues to work in different shifts and make a living. They pay particular attention to those in additional situations of vulnerability, such as those who are suffering from a substance use disorder, to make sure they feel surrounded by a community and see a path forward other than prison.

These organizations and cooperatives fill the space left behind by the national and local authorities when it fails to provide adequate social support and reintegration practices for women who have been deprived of their liberty. Many come out of prison with no identity documents, little to no money, and a very limited or no support network. Paulina describes it well, highlighting that “the State is present, but with police cars, never to help us with our most basic needs.”

The lack of support most formerly incarcerated women experience from the government, society, and sometimes their own loved ones points to an urgent need to destigmatize incarceration and recognize the situations of vulnerability that lead women to come into contact with the law in the first place. Further, it also underscores the importance of implementing policies that recognize the differentiated impact of prisons on those who identify as women and the harms caused by the criminal legal system. In Argentina, there is a legislative proposal that aims to reduce recidivism through labor inclusion practices for formerly incarcerated individuals by addressing:

The passage of this legislation in Argentina would be an important step in the right direction to begin providing the support that incarcerated and formerly incarcerated women need to have a successful transition once they are released from prison. Nevertheless, the need for this legislation highlights how those who experience incarceration are stripped of their most basic rights not only during the time of their deprivation of liberty, but also for the rest of their lives.

Moreover, the use of alternatives to incarceration can contribute to the reduction of female imprisonment in Argentina and other Latin American countries. In Colombia, for example, the implementation of a law on alternatives to incarceration for women that are heads of household and living in situations of vulnerability could significantly reduce the number of women in prison by substituting time in prison with community service in ways that can help prepare them for formal employment opportunities. Ultimately, governments across the region need to dramatically reduce the number of women behind bars, given the disproportionate impact of incarceration on women, their children and their families and communities.